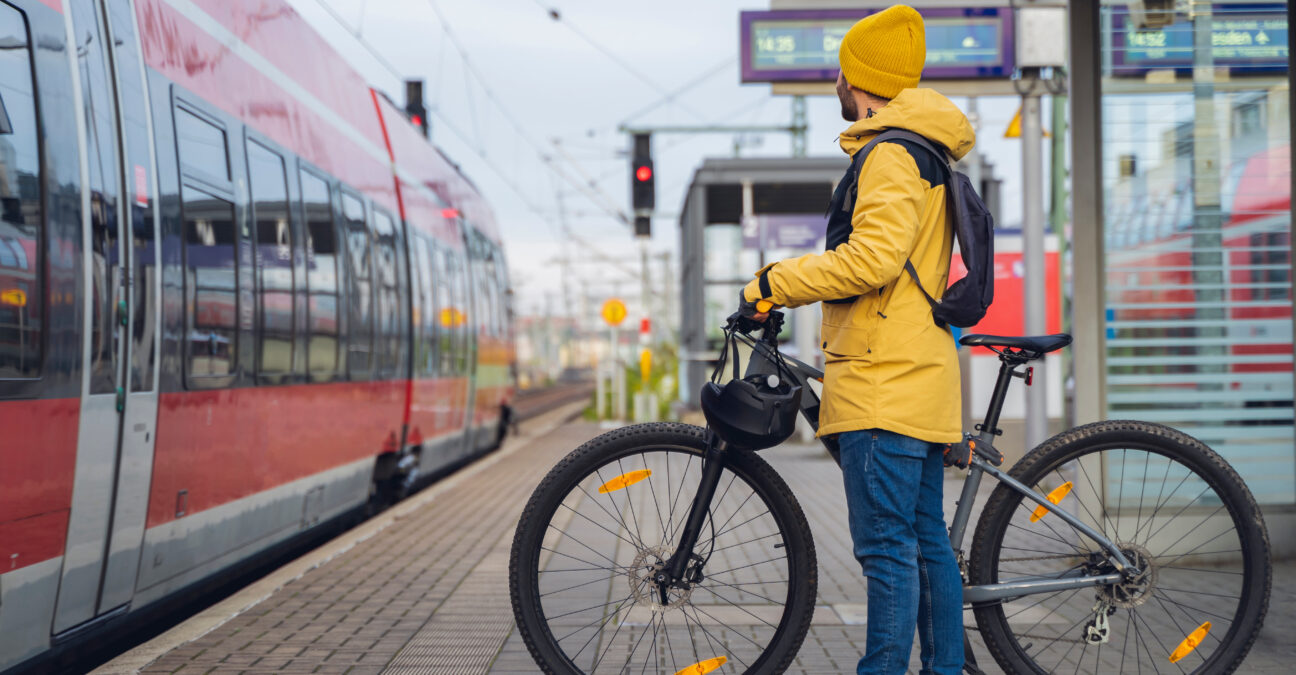 The European Mobility Week – organized from September 16 to 22 – highlights the theme of intermodality. Combining modes of transport appears to be the solution for developing better connections and supporting the advent of a new more sustainable urban mobility. But combining modes of travel is not yet a daily reality for many people.

Intermodality refers to the ability of a transportation system to offer its users the successive use of at least two modes of travel, integrated in a « chain ». For example, this may involve combining the use of a bicycle with that of a bus and then a streetcar to get from point A to point B.

Intermodality can also be defined as “the ability to switch from one mode of transport to another” during a single trip (Margail, 1996).

Intermodality requires consultation and coordination between public and private sector actors. Public transportation services, schedules and levels of service, possible continuity with personal modes of transportation (car, bicycle, motorized two-wheelers), everything must be the subject of a complete study. While intermodality is a strength for optimizing transportation networks, it is also a source of fragility for people’s mobility.

Clearly, the complementarity of services can facilitate accessibility and reinforce the relevance of the network, but the problems of networking and connections can confuse users and increase inconvenience (see the work of Wardman and Hine, 2000; Litman, 2008; Zhan Guo and Wilson, 2011). Intermodality is thus a major topic for changing the current model and revolutionizing usage.

THE CONCRETE CHALLENGES OF INTERMODALITY AND ITS DEPLOYMENT

Intermodality is at the heart of social, environmental, economic and territorial challenges.

A lot of work remains to be done to develop intermodality and make the multiplicity of transport used on a daily basis a reality.

In 2015, 93% of French people used only one mode of transportation, compared to 6% who used two modes. Today, the French combine walking with one or more other modes of transportation for only 13.0% of their trips. “During these multimodal trips, walking is combined with public transport in 4 cases out of 10 and with the car in 5 cases out of 10.

However, the will to review travel modes is there. According to a study conducted by Ipsos, 39% of French people consider that the way they travel on a daily basis is not cheap. And even more of them – 48% of those surveyed – recognize that their daily mode of travel is not environmentally friendly. The problem is that “reducing the costs of daily mobility as well as its environmental impact seems to be more accessible to residents of urban centers than to residents of suburban or rural areas,” Ipsos explains.

The editorial staff of Drive to Zero

ALL THE NEWS ON LOW CARBON MOBILITY,

STRAIGHT TO YOUR INBOX